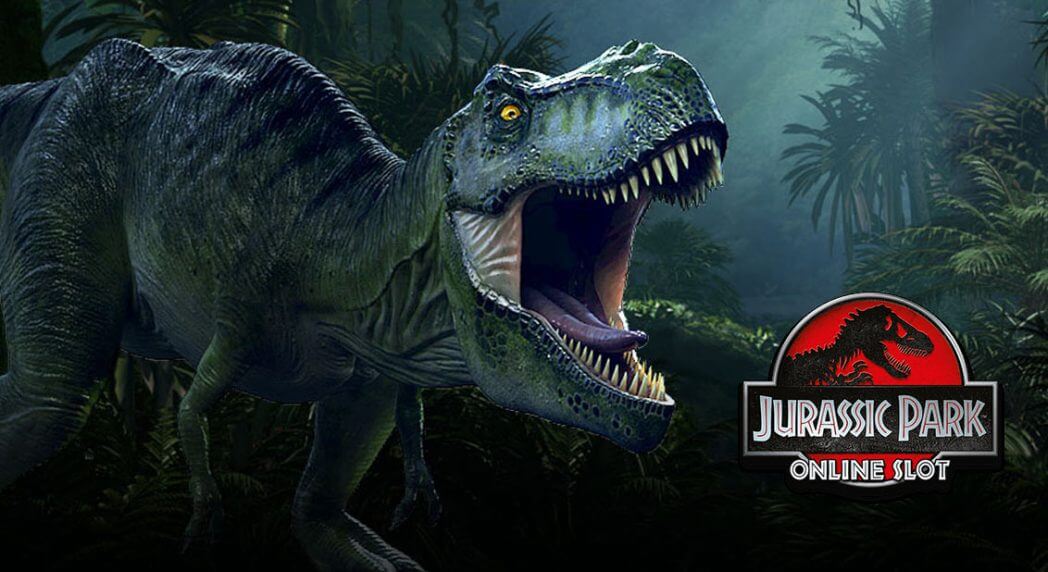 Whether you’re an enthusiastic moviegoer or a passionate DVD collector, these five movie-themed slots will tickle your senses and bring you great payouts!

Launched by Microgaming, this dinosaur-powered adventure will impress you on multiple levels. Obviously, it was based on the 1993 movie Jurassic Park, directed by the great Steven Spielberg. The story of genetically produced dinosaurs who bring fear and terror on screen was brilliantly adapted into a 5-reel, 243-ways to win slot machine with amazing graphics and engaging thrill rides of bonuses like Alert Mode (extra Wilds) and a free spins round with 5 different options named after the ghastly creatures. With the sound on, you’ll be in for a full cinematic experience. Play Jurassic Park! 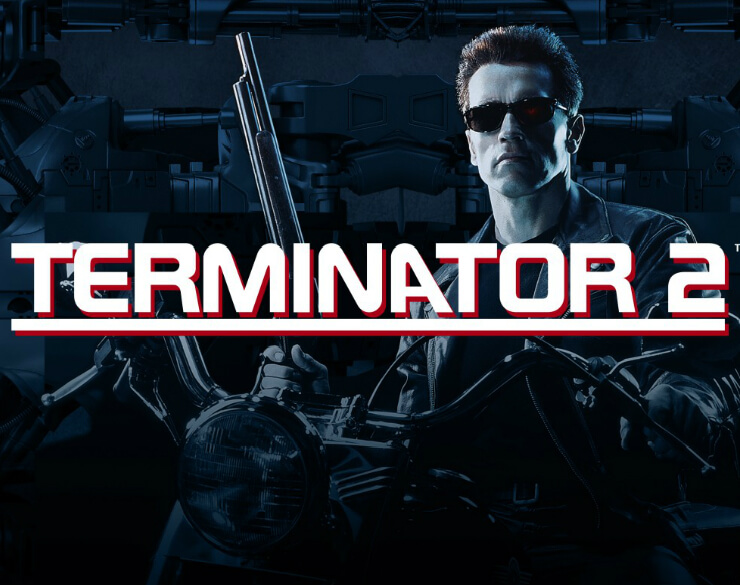 Another 90s blockbuster hit, the action sci-fi thriller starring Arnold Schwarzenegger as the Terminator for the second time was a perfect inspiration for Microgaming to create a riveting 5-reel, 243-ways to win video slot that continues to blow the audience away much like the movie did when it was released. Join the leather-wearing cyborg in a mission to protect John Connor and enjoy entertaining features like Free Spins with 1024 ways to win, and the T-800 Vision feature which is triggered randomly and can award you with cash prizes and more free spins. Character symbols are original stills from the movie, and the sound is spot-on. Play Terminator 2! 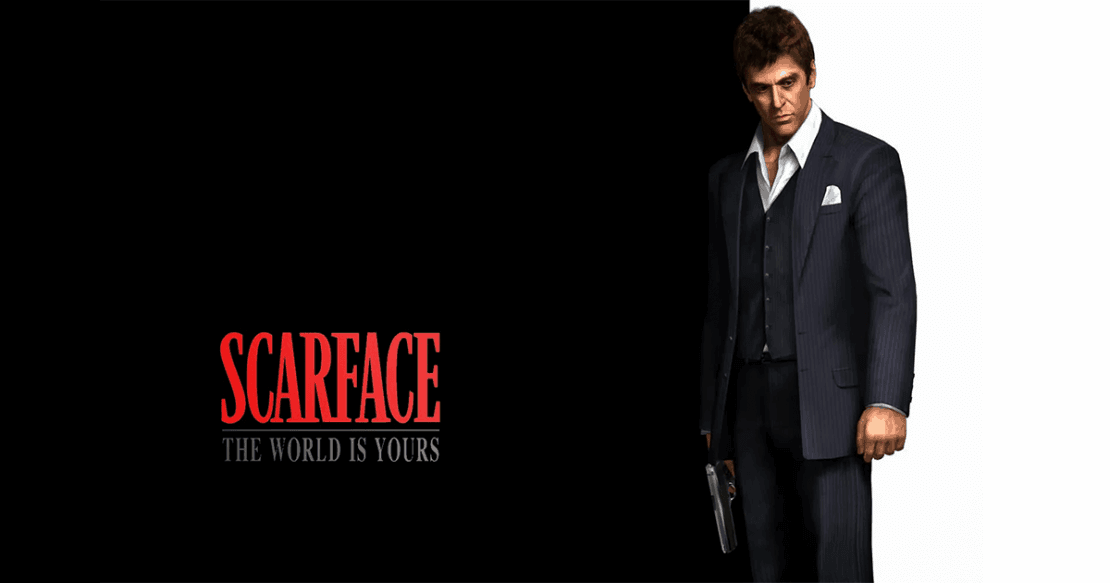 Let’s make a detour into the crime-drama genre with Scarface, a gangster story directed by Brian De Palma and starring Al Pacino as ambitious Tony Montana. Prepare for a bloody (good) video slot from Net Entertainment with 5 reels and 20 fixed paying lines featuring dramatic soundtrack and cinematic bonus rounds. The Scarface slot features Nudge Spin which is something you don’t see often in a modern video slot, a Free Spins game with multipliers and Tony’s Last Stand Bonus which recreates the final scenes from the movie where Tony faces his opponents with ‘his little friend’ but ultimately meets his demise. 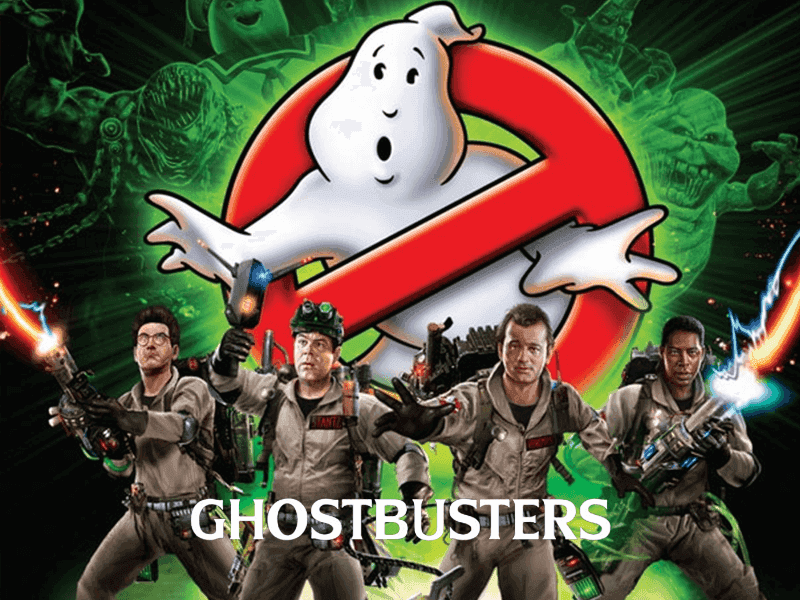 Sci-fi can also be a comical genre, and the 1984 cult classic flick Ghostbusters proves it. Join the team of experts for the paranormal in their mission to rid the city of New York of ghosts and spooks in the IGT’s rendition of the popular film, complete with familiar humour, sound effects and lovable characters. The Ghostbusters slot has 5 reels, 3 rows and 30 pay lines with two Wilds and a Bonus symbol. If the appearance doesn’t impress you, the special features most certainly will; there are 4 mystery features (Multiplier, Cash Award, Extra Wilds, Wild Reels), a Ballroom Busters bonus and a Stay Puft Free Spins round. If you’re craving a nostalgic, feature-rich movie slot – you better call Ghostbusters! 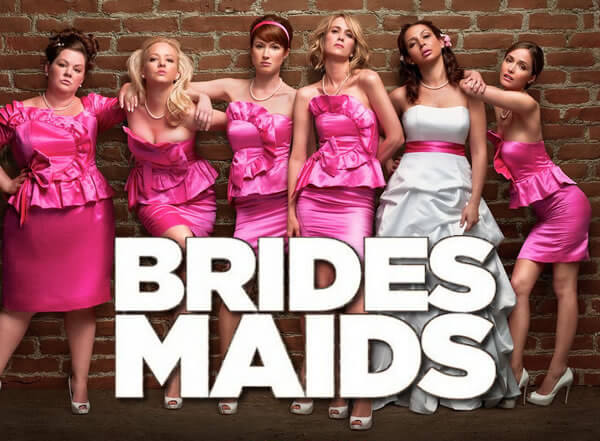 Much like no one expected the great success of the movie Bridesmaids, there have been some sceptics about the potential of Microgaming’s adaptation of the 2011 chick flick in a slot form, but there are no doubts now – the Bridesmaids slot is fabulous! It may be more appealing for the female gaming population, but it features some of the best slot action out there. Annie and her fellow bridesmaids have prepared massive wins across 40 win lines and 5 reels, not to mention the magnificent Wheel Bonus with the chance to win Friendship Free Spins, Flying High Free Spins, start the Boutique Bonus and the Magic Moments Bonus or win the jackpot or multiplier. Bridesmaids will boost your cupcake any day of the week!

Does the number of pay lines on slot machines really matter?