The classic slot set-up was set in reels of the stone well over a century ago now. Although those early games were based on cards – which typically had hands of five – they worked with the technology of the time to produce a three-reel slot that was filled with card symbols until the law forced them to innovate and fruits and bells were born!

Five reel games were the next popular standard, and most modern online video slots use this set-up. There’s a reason for that. It works! Odd numbers offer visual balance and symmetry, which is pleasing to our limited yet infinitely wonderful brains! And so we have the five-reel slot rather than the four-reeler. Such is life!

And the next step along the road is the seven-reel slot. There are six reel slots too, but history suggests that we prefer odd numbers so perhaps destiny is on the side of the sevens! Let’s have a closer look at 7 reel slots. 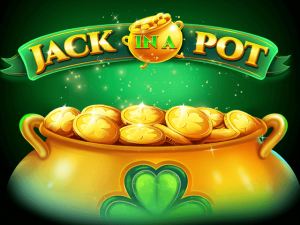 Play Now
Jack in a Pot 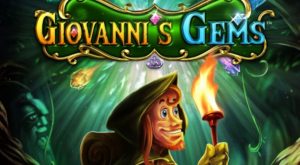 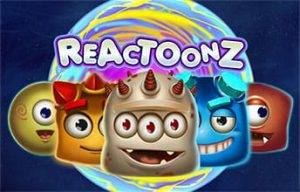 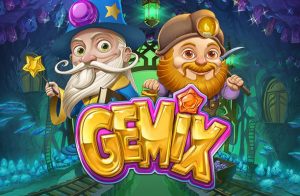 What does adding a reel do to a slot?

Adding a reel might seem like it would make a significant difference to gameplay and to your chances of winning. It could. (If it wasn’t strictly managed and programmed to stay within the acceptable market limits of player return.) But it doesn’t. (Because it is.)

So, the addition of another reel is unlikely to either improve or harm your chances of winning on any given spin. As with any other game, though, you should always fully read up on the rules of any seven-reel slot that you play, including looking at the pay table.

You should also check out the theoretical return to player figure. This is a percentage that records how much of the cash that is put into a game OVER ITS LIFETIME should be returned to players. It’s normally around 96% and it should be treated as a very loose guide to performance, not a measure of how you’re going to do with your next quid.

So if adding a reel to a slot doesn’t change the odds very much (if at all), what does it do? To be honest with you, the main difference is visual and in the complexity of the gameplay.

That’s not to say that there’s anything wrong with beautiful games with super complex gameplay. No indeed! We love them! And we hope you do too. So you should certainly consider looking at 7 reel slots. These games usually have a lot of design effort put into them. Giving the designer seven reels to play with is expanding the canvas on which to indulge their art.

It’s common to find this design innovation going well beyond just the symbols that fill in the reels and into other areas of the game. Seven-reelers are often filled with exciting animations and unique ways of delivering the symbols.

The reality of slots is that once rendered on screen, and delivered via video animations there’s no reason at all to stick to reels. Having rocks or blocks tumble down into a screen is one popular new way to deliver random outcomes, but there’s no reason why it can’t be done via explosion, or running flags up poles, or dancing girls or whatever!

The interaction of reels is key to gameplay. As we’ve already mentioned, it will not make a difference to the overall performance or “generosity” (hint, don’t call random number generators “generous”, it’s weird!) of a game. However, it can open up new ways of playing.

The classic slot, which was introduced in the late 19th century out in California, was very simple. It had three reels and just one pay-line – straight across the middle. Now, even three-line slots have multiple pay-lines and having six or seven reels just makes it possible to add more winning combinations – perhaps called win-lines, or if they’re less about linear patterns “ways to win” – to the reels.

It also makes it possible to make the ways bonus games are triggered more complicated, and it can make the bonus games themselves a bit more rewarding and involving. It will not make the game more “generous”.

You should check two figures when you play a seven-reel slot: theoretical return to player (or RTP), and volatility.

The RTP will give you a rough idea of whether a machine is likely to pay more or less. The differences between machines these days are pretty marginal though – you’re usually talking about fractions of percentage points, and seven-reel slots are unlikely to be any different.

Again, these ratings will not indicate a large variation in-game performance, but we do think they’re slightly more likely to be highly volatile for 7 reel slots.

If you’ve been around the online slots world for any time more than, oh say, an hour, you’ll have noticed that this business is obsessed with novelty and innovation.

There are exciting reasons based on economic theory and the dread operation of the capitalist machine that supports this constant change that really amounts to nothing more than dressing up the same machinery in different coloured coverings. (Seriously, Marx would have written about online casinos if he were alive now!)

As newness is rewarded by players who turn up to play these new games, they also demand some rewards in the shape of bonuses. Bonuses are most often found around new games and new casinos. As 7 reel slots are relatively new to the market and there’s a natural scepticism from players about something so different, it’s a sector of the market that is worth browsing with bonuses in mind.

Keep an eye on your favourite casino sites for new seven-reel slot titles, and keep reading slots reviews to see what new titles are on the way. Finding those might unlock a 7 reel slot bonus that will definitely add a bit of magic to your slots experience!