Welcome to the mysterious world of 8 reel slots! You are unlikely to come across too many games in this category. They are nowhere near as numerous as other bigger slots, such as their 7 and 9 reel cousins.

Think of them as the unicorns of the casino scene – they are there, but hidden, darting around elusively in the wilderness. With luck, and some digging, they appear, but it will take a comprehensive search to find many that you can play. In this guide, we will tell you all you need to know about these enigmatic games and provide a few examples that you can play.

We often come across the saying – the more, the merrier. But, there may be limits when it comes to slot development, which is why you don’t find many with 8 reels. While we are on the subject, you don’t find too many with 4 or 6 reels either for that matter. Even-numbered slots are a rare commodity in general.

The theory has its place, but the experience is an even better teacher. We will do our best to arm you with all of the information you will need while we lead you in the direction of some interesting examples to try. By the end of this guide, you will be an 8 reel slots guru ready to go out and tame this wild beast of a game. 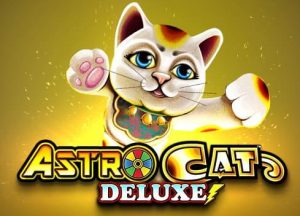 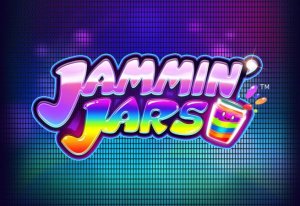 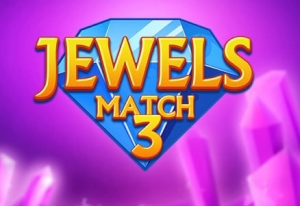 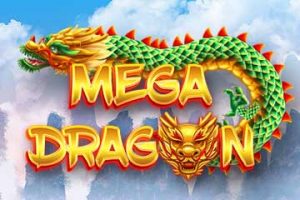 How to play 8 Reel Slot Machines

When approaching any new game, you should first head over to the paytable and read the rules to learn how everything works. Like with any slot, luck is the key ingredient to success, but you should still understand what is happening. It’s more fun that way, and you will get more out of the game.

Once you know how the game functions like the back of your hand it’s time to try your luck! Choose the coin size, and hit that spin button. If you have your own betting strategies for 3 and 5 reel slots, then why not try them out on the bigger 8 reel versions? If free play is available, it is even better as you can spin away with no risk to your bankroll.

There is no hidden secret to winning with 8 reel slots. They are games of chance just like any other – there is just a lot more spinning going on! The great thing is that having more reels does not mean it is harder to form winning combinations.

These larger slots have been programmed with a return to player rating just like any other. So the chance for winning is the same as any game with the same payout level. Check the RTP rating on the pay table or via research to find out how frequently the game can theoretically pay out. As always, keep in mind that the RTP rating is calculated over long periods of time.

The majority of slots come in varieties of 3 or 5 reels. This number has proven to be the sweet spot with players and developers, and the bulk of games are released in one of these grid formations. And this has worked well. Thousands of different combinations have resulted from this layout.

When you factor in the world of different themes to choose from, the results are an infinite number of possibilities. So why the need for 8 reels then? Well, there’s no concrete reason other than it provides even more possibilities. Symbol combinations can be increased, and pay lines can be tinkered with. It gives developers more creative outlets, and it gives players more choice.

People love novelty and being entertained by something new. Coming across a slot that has 8 reels for the first time can be a shocking experience. It looks too wide; there are too many reels and symbols, what is going on?

Combine this unusual game mechanic with an unusual theme, and you have a truly innovative creation on your hands. Naturally, games need more than a gimmick to give them longevity. Once the shock of the new fades, the remaining components need to work well in order to make a slot successful in the long term.

One thing to consider is how long slots only had three reels. They first appeared in that format, and it stayed that way for a long time. Plenty of people no doubt scoffed at the idea of adding an extra two reels to make them five. What was the point?

Well, we all know how popular 5 reel slots have become since then. They are completely mainstream now. Perhaps, in the not too distant future, 8 reels will become the norm as well? For now, let us look at some options that are available in this category.

The mighty 8 reel slot can be tricky to track down so here are three you can take for a test drive right away. They are all different from each other in look, theme, and gameplay, which is brilliant because it shows how much potential this setup has. As always, keep an open mind; you never know where you might find your next favourite game.

If you enjoy this style, why not fire off an email to your favourite developer to make them aware. If they get enough positive feedback, who knows? They might be persuaded to give this category more attention.

Jammin’ Jars is an odd game that manages to sit in a self-created genre that is all on its own. It uses 8 rows to go along with its 8 reels, which spin along to a funky disco vibe. Push Gaming is the imaginative developer behind this one-off fruity rampage across the disco floor.

It is not clear if they are going to use a similar format in the future, but they are an innovative company, so let’s see what they come up with next. Push Gaming’s recent releases mainly use 4×5 and 5×5 formats, and none are quite the same as Jammin’ Jars.

Even the way that winning combinations are formed is completely different. Gone is your typical 3-5 of a kind on a pay line. Jammin’ Jars uses a cascading win feature, that is triggered when 5 or more of the same symbols touch horizontally and vertically.

These symbols then burst, vanish, and are replaced by new symbols that drop into the empty slots. It reminds you of a Candy Crush-style smartphone game and works well to build multiple winners in a row. With its free spins, multipliers, and banging tunes, what more could you want from an 8 reel slot?

If 8 reels isn’t a high enough number then how about 100 free spins to go along with it. No that’s not a typo! Land 8 scatters across its reels to trigger 60 free spins, and then land 7 more to retrigger an additional 40. That will keep you going well into the night where the wolf reigns supreme. A medieval theme sets the scene with symbols such as swords, necklaces, castles, princesses, and of course, wolves.

2 By 2 Gaming is the software house behind this one of a kind slot. They have produced several medieval/fantasy style games but none quite like Wolfheart. It won’t be to everyone’s taste, but it is worth a spin to see how the game mechanic functions.

Free spins are the key to big wins here, and if you are lucky enough to trigger them, then the fearsome wolf will be the furthermost thing from your mind! The game looks good and offers plenty in the way of surprises and extras such as stacked wilds. Get all of these winning elements working for you to write your own fairy tale adventure.

What is it with fantasy themes and 8 reels? They seem to attract each other, and here is another example of this magical combination in Druidess Gold. A few spins in, and you’ll realise that this might not technically be 8 reels in the strictest sense.

It’s more like 4 outer reels, combined with the inner 4×4 reel – the Reelfecta Reel as they call it. Not to worry, 8 reels spin, so that is good enough for us. Poured into this unusual Druidic cauldron is a whole Grove of free spins, scatters, wilds, bonus rounds, and mega spins.

With so much going on, the theme takes a bit of a back seat to the action – which is good if magic and fairies are not quite your cup of herbal tea. If you are not averse to letting some magic into your life, you will love the look and feel of this game. Enchanting symbols like moons, spell books, sorcerers, and the Druidess dance across its 8 reels. Behind them, soothing sound effects patter away in the background like a summers day rain.

The game has 1,296 ways of forming winning combinations, and top prizes can be surprisingly rewarding. It won’t be the potential for big wins that are Druidess Gold’s main attraction, however. What it offers is a unique game engine that you won’t have seen before. Druidess Gold is something completely unique which is a rare occurrence.

A gap in the market?

In Chinese culture, the number 8 is perceived as being extremely propitious and has numerous positive attributes. The number 8 in Chinese sounds similar to other words that mean fortune, or wealth, and is embraced whenever it turns up. When an 8 digit number is associated with a person or a business, a telephone number for example, then it is seen as being very auspicious.

With the huge number of Chinese gamblers, it is strange that there aren’t more slots that use 8 reels to cater to this market. We see the lucky number 8 used in many 3 or 5 reel slots such as with Lucky 88, and Fire 88. This numeral shows up in so many slots that it may only be a matter of time until developers cotton on to the connection and start to churn out more 8 reel slots.

The Future of 8 Reel Slots

Without a working crystal ball your guess is as good as ours, but let us speculate for fun. Here are two potential possibilities. One, a developer creates an absolutely stunning game using 8 reels that astonishes the gaming community. There is a good chance that it involves an Asian theme revolving around the number 8. This slot then goes on to dominate the gaming world, at least for a while, and every other developer leaps on the bandwagon with their own 8 reel games. Dreams are free at least.

The second scenario is that 8 reels will never catch on like 3, 5, 7, or even 9 reels have. As we mentioned, there are not many 4 or 6 reel slots floating around either. Punters and developers are drawn to odd numbers of reels. Why is that? There is probably a psychological reason and room for PhD research perhaps. Either way, we still think there is room in the crowded slot market for some smash hit 8 reel slots.

Well, there you have the whistle-stop tour through the sparsely populated category that is 8 reel slots. As you can see, there is plenty of room for innovation and new ideas to blossom and grow. Whether that will happen or not remains to be seen, but we are ever positive about the creative abilities of developers these days. Anything is possible!

You may find that 8 reels are not really for you. That is fine, but while you are in an experimental mood, why not drop a reel and try a 7 reel slot instead? Several interesting examples of this type are Reactoonz, Gemix, and Giovanni’s Gems.

One thing we do know is that gamers love novelty. New features get lapped up by a gaming community hungry for the next new and exciting thing. There’s an opportunity here for developers to exploit – and a challenge!