Slots themes are big in gaming. We could get quite deep here and look into the cultural significance of these genres. Don’t worry, we won’t, but we reckon that it’d be an interesting study if you fancied looking into it yourself.

What is interesting is what theming does for players. It’s a sort of short-hand that allows players to know what to expect from a game. Online video slots are really very simple things – a random thing happens and you profit if it events fall in your favour. While there are very simple and functional slots – related instant wins are possibly the simplest variation on this theme – most of us wouldn’t find a constant stream of random numbers occasionally aligning in a certain way very entertaining. Hence the graphics, the sound, and hence the online slots themes!

People like to identify with the products they use, and slot machines are no different. You’ll see all sorts of fantasy worlds – historical, science fiction, high living, tropical lifestyles, nostalgia – on sale in any given collection of slot machines. 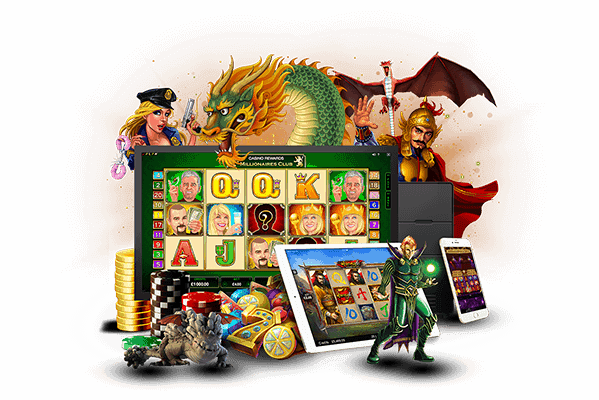 Here are some we’re keen on.

This is a big category in online slots, and it’s very broad, taking in the big ancient cultures of Egypt, Rome, Greece and occasionally further afield.

Legacy of Egypt, Nile Liner, and Ra’s Legend take you to the lands of the Pharaohs. Gold King is based on Ancient Greek myth (almost everything is in some way); Zeus II the same. And the terribly named Stash of the Titans! Rome was bigger on real history than myth, but you’ll find plenty of Rome-themed games, especially in the wake of big glamorous sex and sandals TV series like Spartacus – he features in a game or two.

That’s Classical civilisations covered, but what about the archaeology of the slot machine itself. There’s been a real boom in these nostalgia fests recently. We think it might be to do with them working really well on small screens as much as a deep psychological need for a simpler past – though who are we to say.

Typically, these games feature the sort of symbols that were popular on “fruit machines” back in the day – actual fruits of course, but also Sevens, bars, and simple stars. Gameplay will typically be very simple – another plus for mobile players – and graphics and sound may even hark back to simpler times. Some examples include: 40 Super Hot, Fruit Spin, and Amazing Spins.

This is a quite specific and quite recent trend in theming, but we want to include it because it includes so many high-quality games.

If you follow the online casino business at all closely, you’ll have noticed a big proliferation of Scandinavian companies – particularly Swedish ones – coming to the fore. NetEnt are Scandi, as is Yggdrasil. And these companies seem to be getting in touch with their culture of late, launching lots of games based around Norse mythology, Vikings and Valhalla.

The Irish are apparently lucky. A quick look at Irish history will tell you that this is utter nonsense! Nonetheless, the trope has taken hold and a million ginger-haired leprechauns are chasing pots of gold at the end of a million rainbows on reels around the web, while bad generic fiddle music plays in the background.

If you’re getting the impression that this isn’t our favourite genre, well, we obviously couldn’t comment. But we will say that the Lucky Irish genre is long on unsophisticated cartoon graphics, super-bright colours, and loud music – it’s not particularly stylish or clever, but it’s fantastically popular.

If you want to check out if you’re as lucky or even luckier than an Irish person then you can log on to your favourite online casino and check out Rainbow Reels and Wish Upon a Leprechaun and hundreds of other titles.

Sitting and playing a slot machine might not be the most athletic pursuit in the world. I suppose if you’re playing on a mobile you could jog, walk, or at least stand while you play, but there are still livelier ways you could spend your time.

That doesn’t stop developers from clocking that their players love sports! It can’t hurt that a lot of casino sites also have sportsbook sites as part of their offering too.

There’s a whole Olympics of sports to pick from – we’ve even seen rugby union and cricket slots! – but the biggest by far of these sports is the world’s favourite beautiful game, football (soccer if you must).

Games are often themed around tournaments and they tend to throw in bonus games based on penalty shootouts or shooting at goals. Check out Hugo Goal or Football Champions Cup Slot.

There are too many slots themes to cover them all. Most games fit somewhere into this framework and it’s hard to find something that might class as being completely original – there’s a challenge to the design studios, surprise us!

Cultural – from the Aztecs to the Far East, to Mexico to California if a place has a recognisable visual style or deeper culture then someone has themed a game after it.

Lifestyle – like hanging out in bars? There’s a game for you! Like cars – you too have a game or two hundred to choose from!

Sci-fi – Starburst is the biggest, but a whole host of star-blasting and psychedelic fantasy world games has followed it into orbit.

You’ll also find games for every genre of movie or literature – horror, steampunk, mystery – as well as for specific titles. The same is true for video games. And after you’ve gone through the genre-specific titles you can check out the film or game or TV tie-ins, and then you can look at the games that are very close to being based on something, but far enough away to be legally possible – Game of Big Chairs, you know the sort of thing.

These online slots themes make picking games easy for players, but we’d love to see something new, and as regular players ourselves we’d say to players, take a step outside your comfort zone from time to time!