As it turns out, October 2017 has been a very fruitful month for a fair number of software developers. A lot of new slot titles have been included in online casinos during this autumn period, giving us something fresh to enjoy from the comfort of our homes. In case you haven’t had the chance to browse through the new October 2017 slots selection, here’s a quick reminder of what games you shouldn’t be missing.

Planet of the Apes 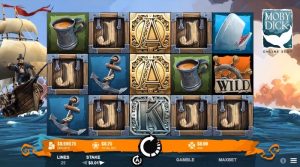 Moby Dick was released by Microgaming, and the game obviously draws inspiration from the Herman Melville’s story about Captain Ahab’s revenge on white whale called Moby Dick. Once you start your whaling voyage, you’ll be sailing across 5 reels and 3 rows of symbols, contemplating the captivating artwork of the game while trying to land payouts across 25 lines. Moby Dick comes with a Wild symbol, a Scatter, a Free Spin feature (up to 20 free spins to be won), and a Win Freezing feature that happens every time a player lands a winning combo. Win Freezing locks the win symbols in place and starts a re-spin. Both of the main features can be re-triggered. 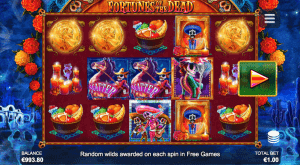 Fortunes of the Dead Slot

Fortunes of the Dead

Produced by NextGen in cooperation with Side City Studios, Fortunes of the Dead contains imagery related to Mexican culture and one of their biggest holidays – Day of the Dead. As the festivity, the slot is colourful and abundant with details like painted skull and flowers everywhere. The game has 5 reels and 3 rows, and 50 fixed paying lines. There’s a Wild and Scatter symbol (a skeleton riding a horse). Three Scatters initiate 5 free spins. The Once in a Wild Bonus occurs randomly, adding 4 extra Wilds onto the reel grid. Ultimately, there is a Skull Bonus, which is a mini pick-me game with prizes hidden inside skulls. Fortunes of the Dead slot is a feast of colour with a 95.79% return to player percentage.

Available on mobile and desktop screens, the Halloween slot is a real treat for all of you fans of good ol’ slasher horror. The game was developed by Microgaming after the company has obtained the rights to create a slot based on the 70s cult classic Halloween featuring the insatiable killer Michael Myers. Boosted by authentic symbols, fun and chilling animations, as well as movie sequences and original sound effects, Halloween is the perfect slot for this time of the year. As for special symbols, it features Wandering Reels, Big 4×3 Symbols and a Trick or Treat Bonus Wheel with Free Spins and a Boogeyman Bonus. If that doesn’t send shivers down your spine, a 97% RTP will!

What is Return to Player and How It Works

Top Halloween Slots To Play In 2017