Tombs, pharaohs, handsome investigators and a boatload of stylised poker icons. They all represent something bigger than the sum of their parts. They’re a mark of Book of Ra 6 slot, a high variance 6 reel 10 payline slot released by Novoline.

This is a remake of the original Book of Ra, with the single change of adding a sixth reel in exchange for you doubling your wager to open it up. This immediately puts the new reel out of reach for more low-end gamblers, as it requires you to have all 10 paylines active and then doubling your wager.

All in all, 20 credits will be the minimum you’ll have to bet if you want to experience that new feature. Beyond that, the graphics, pay, and even the awful sound of reels spinning, remain the same. Thank God for the mute button.

While it doesn’t look ugly, it certainly begins to show its age. Despite being a remake, the visuals haven’t been touched up, although we can’t say it was that big of a deal. If you were hoping for improvement like going from the Classic to the Deluxe version, you’ll be disappointed, as there’s not much new except that optional sixth reel, and the developers were so keen to focus you on it that they put it in the game’s name.

The obvious question that arises from that is whether the inclusion was worth it. After all, to have it active, it means your wager needs to be double the usual, and we could see a lot of gamblers weighing that against the re-release if it doesn’t end up giving them what they want.

However, just a brief glance between paytables shows that doubling your wager is more than worth it. It allows for the largest wins to take place, and they usually are a big jump from five of a kind wins. If you have extra cash to blow on it, it most certainly entices you to do so very skillfully.

For special features, Book of Ra 6 slot game gives players a chance at activating a free spin bonus that comes with special expanding icons. These will take up positions on the reel and expand on them, and most importantly, they pay in any position of the win line, making them a heaven-sent.

The free spins, like in the original, are activated by the book, which is a Wild and Scatter rolled into one, making it a rather valuable symbol to see on the playing field. Of course, this being a high variance slot, most of your massive wins will come from triggering this feature, so make sure to seize the opportunity when it comes up!

When it’s all said and done, it’s still the exact same game as the one you played before, keeping the visual update from the Deluxe version and adding a sixth reel into the mix. It’s great for folks who want to revisit it, and it’s still one of Novoline’s finest, which is why it still holds up today. If you’re looking to experience the magic of Egypt, but don’t feel like travelling, this might be the pick for you.

Play Book of Ra 6 Slot at these Online Casinos 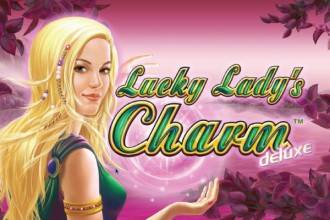