You’ve Won Millions! – Or the Slot Was Broken? 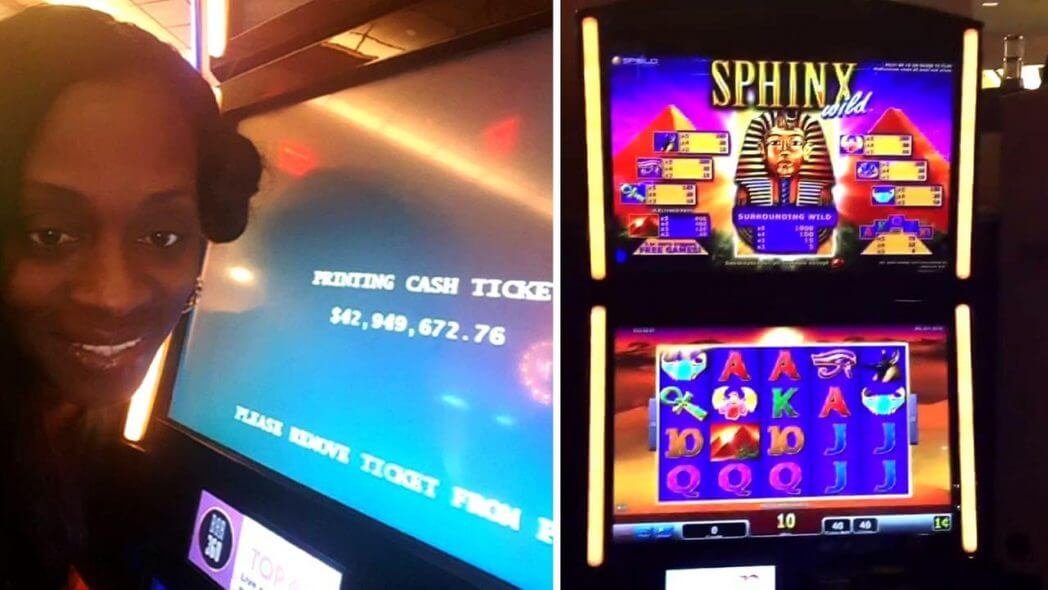 Katrina Bookman won $42.9 million, Jerry Rape won $1.3 million and Veronica Castilla hit the $8.5 million jackpot at different casinos, playing different jackpot slot machines. Their celebration lasted barely a few minutes, when they had the unpleasant experience of security approaching and giving them the bad news – their winnings are declared invalid since the machines have supposedly malfunctioned!

Katrina was so stoked she even took a picture next to her machine to capture the moment of becoming a millionaire, only to realise a few moments later that something was wrong. She received the information that her winnings were, in fact, a result of a broken machine. Obviously, Katrina was very, very disappointed.

Let’s watch how it all happened:

There are cases when people were so enraged by similar events that they filed lawsuits and hired law representatives to settle a legal dispute with the casino. Even though gaming officials are trying constantly to reassure casino users that mistakes are extremely rare and the machines are inspected regularly, the bitter taste in one’s mouth stays there for quite a while.

It really is a tragedy; to become a millionaire in an instant, and have it all revoked the very next minute. Concerning recent occurrences, Heather Songer of the Washington State Gambling Commission stated that major machine malfunctions are remarkably rare, on a nationwide scale. Therefore, casino customers should feel the certainty each time they choose a slot game that the machine will run smoothly and work properly on every level, including payouts.

You wouldn’t think something like this could happen in technologically advanced world like ours, but the fact remains that certain pieces of software and hardware malfunction from time to time despite being inspected and tested on a regular basis. When your blender malfunctions, it’s a pity but no real damage is caused. You can fix it or replace it and get on with your blending. When it comes to slot machines, malfunctioning has greater consequences. Saying that the casino claims the slot malfunctioned on the exact spin you hit the jackpot with is an unpleasant surprise – is putting it lightly.

Each time the casino claims the winnings are not valid is a mishap, but when it happens on a huge win – it’s when it hurts the most. In a dramatic twist, you’ve lost the satisfaction of having won a small fortune and you know a moment like that may never come again, and even if it does it may take ages.

A shadow of doubt remains with the lucky-turned-unlucky bettors mentioned; a suspicion that they may have been deprived of what is theirs. Some still believe they will eventually receive their rewards. The fact remains that Katrina, Jerry and Veronica played slots that somehow awarded them with jackpots the casinos weren’t able to pay out as they exceeded the machines’ limits. The machines have supposedly malfunctioned and that’s that, for now. Gambling comes with a series of risks, and slot machine malfunctions can be listed as one of the rare, but unsavoury hazards of the trade.