Wilds are here to enrich our lives by helping our chances of winning. They have been used in slots for a long time but their attributes have morphed as developers have gotten more creative over time. There is now a long list of inventive wild types that we will examine in depth in this article. No matter how they function though, one trait is common to them all – Wild slots symbols help create more payouts, and we can all agree that this is a good thing.

As we know, winning at slots is all about symbol combinations. So the ability of wilds to create more combinations makes them one of the most desirable icons in the game.

Wilds are the friendly symbol on the block that can be used in place of nearly all other symbols. They have been likened to the joker in a pack of cards who can change into whatever card you like. Just like the excitement felt when fanning out a hand of cards and seeing a joker or two, so it is with wilds. When one or more show up on the reels they quickly ratchet up the adrenaline levels. They dangle the lure of a nice juicy win and it is hard to not take them up on their offer of just one more spin.

Even when they don’t land in a pay line, they do tremendously build up the anticipation. And when they do eventually show up again and land… It’s time to count those coins! 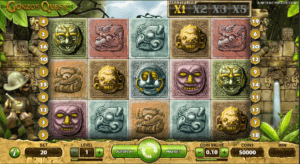 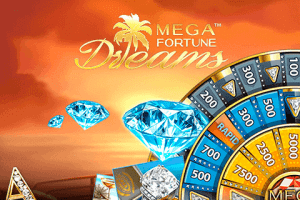 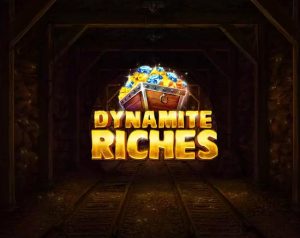 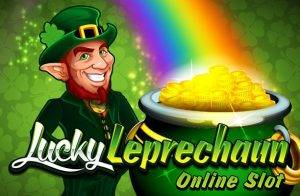 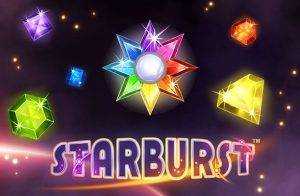 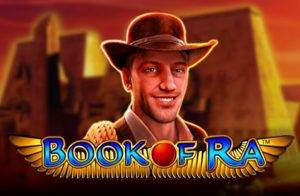 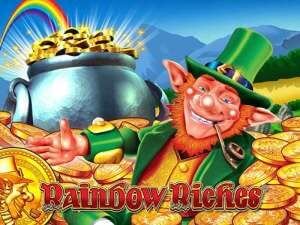 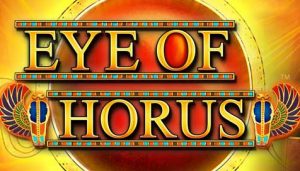 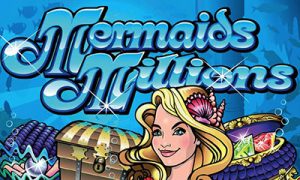 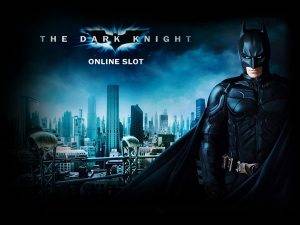 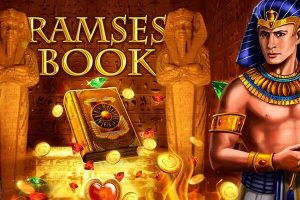 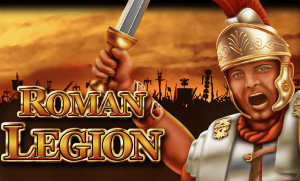 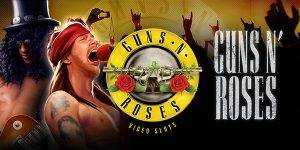 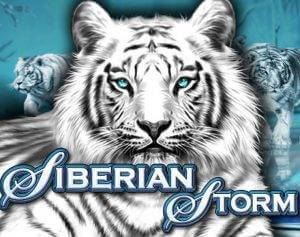 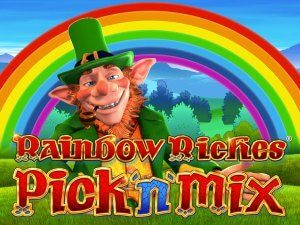 What do Wilds do?

Basically, Wild slots symbols can substitute for nearly any other symbol in a game. This typically excludes scatters or any other symbols that can trigger bonus games. Other than that they can take the place of anything. For example, if you have Ace, Ace, Wild, Ace on a pay line, the game will pay out as if you had four aces in a row. As you can imagine the Wild symbol has the ability to dramatically alter the outcome of a spin. Not only that but without wilds thrown into the mix players could miss out on a lot more profit.

If you are really lucky you will be playing a slot where wilds also have a monetary value. So just like other symbols, three or more of them will not only stand in as a substitute but will also pay out in their own right. Sometimes they are worth nothing on their own, while in other games they can be the highest paying symbol. A quick browse of the pay table will let you ascertain its value. 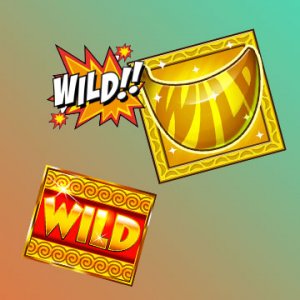 How Wild symbols enter the game

Wilds are totally random so they can enter the game at any time. They are commonly restricted to certain reels such as 1,3,5 or 1,2,3 for example. Where they will appear varies from game to game so you will need to read the rules to find out exactly which reels to look out for them on. Other than that it is complete luck of the draw. If you do have the good fortune to land a few you will be counting your lucky stars as the wins pile up.

Which slot types can have wilds?

Wilds can be found in any type of slot you can imagine. From the most humble 3×3 fruit slot to the most complex 3D progressive jackpot slot. There are no limits to what they can do to enhance gameplay which means they can be utilised in any scenario.

The wide world of Wild slots

Nowadays there are a lot. The list is long and varied and includes a range of functions. Developers are always striving to produce original Wild slots as they are able to contribute heavily to make a game stand out from the crowd. This list here is not an exhaustive one, but it will serve as a guide for understanding each wild slot machine type and what it can do in more detail.

These are your bog standard wilds that turn up in a huge number of slots. They substitute for other symbols and may or may not be worth anything on their own. They can show up on any reel at any time at random.

These wilds are big. When the spinning stops, a stacked reel may take up the space of one or more symbols. They are so big in fact that they can take up an entire reel. When this happens they can contribute to a large number of winning combinations and cause some sensational payouts. They can appear on set reels, say 1,3,5, or they may be available on all of them. You can imagine what happens then if the entire grid gets covered by stacked wilds on every reel… Payday!

We have alluded to this before but it refers to wilds being restricted to certain reels. This creates a fantastic dynamic to the game as all of a sudden a wild lands out of nowhere right where you wanted it to.

As the name suggests moving wilds add extra suspense because they are not static. Instead, they are able to move around the grid working their magic. They can take the form of characters from the game, or other elements of the theme, as they travel the screen. These wilds can also change which reels will be wild, and often feature during bonus games.

These unpredictable wilds can grow and expand to cover more areas of the grid. Usually, this will be vertically to cover a reel, but more rarely, it can also be horizontal to take over a row. Expanding wilds will typically be available on certain rows, but they are fickle and could turn up anywhere. They are extremely helpful in connecting symbols into winning combos.

These are wilds that act normal some of the time, but at others, they can turn symbols next to them into wilds. They can affect symbols to the side, up and down, and occasionally on diagonals. When these babies really go off they can create an incredible cascading effect, causing pay lines to light up all over the show.

These are a great addition to modern slots that radically increase user interactivity. Instead of being stuck with one wild, players are given the chance to choose a character from the game that they would like to be wild. Each choice will have different attributes and will affect the game in various ways. One character might unlock a certain bonus game, one a multiplier, another a sticky wild for example. They provide a super fun twist to the slot and boost a games long term interest.

We all like winning at slots and the more wins the merrier, right? One way to shortcut to larger profits is by the use of multipliers. Wilds can help here because some of them not only stand in for other symbols but also act as multipliers simultaneously. In this scenario, the wild not only creates a winning combination but also multiples the amount that it pays out. Now that’s a great result. Mega Money has a good example of this kind of multiplier where the wild tells you how much the win increase will be. It also allows several multipliers in a pay line.

These are similar to moving wilds. When this Wild does land, it makes a copy of itself while the original twin stays in place. On the next spin, the new wild moves to the next row down, and so on until the extra copies take up the whole reel. This is another effect which can result in a thrilling avalanche of winnings as the wilds carry on into the next spin.

A bit rare perhaps, but sometimes a game will load and randomly assign one of the base symbols to be wild. This adds a touch of drama as you never quite know in advance which one it will be.

These are great and pop up as part of bonus games. As their name suggests when one lands it stays in place while the rest of the free spins continue. In this way, one wild will always be used on the next spin. In fact, a number of wilds can result as they stick to the reels, one after the other. By the time the last few spins arrive the screen can be so covered in wilds that coins are literally flying out of the game.

Another form of sticky Wilds is those that are combined with stacked wilds. When this beauty turns up it causes the whole reel to remain stuck in place while the free spins continue on around it. Developers have come up with stacks of inventive sticky wilds making them some of the most exciting symbols out there.

There you have most varieties of wilds. But, always stay on your toes because new innovations are constantly being dreamed up and unleashed on the gaming world.

Some of the best Wild Slots

There are so many great examples of Wild slots out there. To narrow the list down we went with two of our all-time favourites. These Wild slot machines are absolute classics and they gained that status for a variety of different reasons. One reason is their wilds which play a key role in making both of these Wild slot games a masterpiece.

Book of Ra is one of those slots that carried its huge popularity over from the casino to the online world. It has since gone on to become an absolute classic, garnering hordes of adoring fans in the process. Its action is hard and fast and part of its success comes down to its unusual wild.

The Book of Ra itself is the wild but surprisingly, it plays a dual role as the scatter as well. As a wild, it replaces all other symbols in a pay line and it can appear on any reel. When three of these split personality symbols land they also trigger the bonus feature which includes free spins and respins.

This dual role makes the Book of Ra symbol highly desirable and when it does land, especially in three or more, it can drastically change the outcome of the game – along with your fortunes!

NetEnt came up trumps with this rousing slot based around the antics of the infamous American band. The slot’s theme manages to pull you back to the 80s with all its glory and includes a ton of extra features. One of these is its wild which is the band’s iconic logo.

There is so much to like about this game from its blistering soundtrack to its superb graphics, but let’s stick to its wild for now. This logo wild can land on reels 1,3 and 5, to help with combinations. Not only that but it can also expand and grow which helps cause even more winners to come your way. There are a number of bonus games to Guns N’ Roses which makes it a truly righteous experience and the wild has its part to play in these too.

If you haven’t played Guns N Roses slot before it is definitely worth your while checking out! It is available for free play, so crank up the coin value and kick in the autoplay and see what this baby is capable of.

Thank you for joining us on this tour through the exciting world of wilds. If you were unfamiliar with them before you will by now see how useful they are at building extra winning combinations. This causes two positive outcomes – it can power up profit and make a slot extra exciting. Wild slot machine symbols have such a powerful effect on the outcome of a game that they are bound to be a part of slots for a long time to come. With all the creativity pouring out of modern software developers at the moment it is exciting to see what they will do next with them.