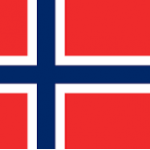 Norway online casinos are a group of web-based websites that host gambling games suitable for the Norwegian audience. The Scandinavian online gambling market is one of the strongest in Europe, which comes as no surprise considering how many software studios are located in the north. As the country that has birthed the world’s best poker players, it is clear that the Norwegian people feel strongly about their gambling tendencies and habits.

However, Norwegian online gambling laws are strict and complex. Due to an existing monopoly in the country, Norse gamblers often turn to international gaming sites that allow Norwegian currency and operate under reputable licenses issued by remote authorities.

Although the gambling regime in Norway is somewhat unfavourable, players still have enough options online at online casinos accepting players from Norway, to fully enjoy the perks of internet gambling and play games such as prime slots and table games.

Through history, Norway had always tried to inhibit foreign operators in order to protect the government’s income stream. Not being part of the EU, Norway can’t be influenced by its neighbours; instead, the state conducts its own regulation and imposes its own legislative rules across all forms of gambling within country borders.

The first attempts at creating a regulated gambling market in Norway date back to 1902 when the Penal Code demanded that every casino games provider should have a license. The following documents were the Totalizator Act in 1927 and the Gaming Act in 1992 which made Norsk Rikstoto responsible for horse betting and Norsk Tipping for the lottery and other gambling games at NOK-supporting casinos.

In 2007, all slot machines were banned. As the rise of online gambling became evident in 2008, the government imposes rules that bets can be placed at state-owned Norway based online casinos only.

To prevent gambling addiction, the Norsk Tipping introduced its own gaming terminals. The Payment Act was passed in 2010 with the purpose of prohibiting the transactions to the international online casinos for Norwegians. Of late, the government has been showing intentions to open up the gambling market and liberalise the online gaming sector.

For now, the monopoly of Norsk Risktoto, a government organisation that monitors and regulates betting, and Norsk Tipping, the state-owned national lottery company, still stands. Norsk Tipping has exclusive rights to host online poker rooms for Norwegians, aside from controlling Norway’s lottery and sports betting operations.

Live poker tournaments are legal in Norway since 2014, and poker is one of the top casino games in the country. Slot machines are also vastly popular in this Scandinavian country, with residents craving for new slots online and on land. Both classic fruit machines and modern video slots are a delight for Norwegian punters and they are lucky to have multiple software providers supplying high-quality slot titles to NOK-oriented sites.

Some of the industry’s best game producers such as NetEnt, Play’N GO and Microgaming are standard when it comes to powering web-based casino platforms that cater to bettors from Norway. Hundreds of casino games bring them joy, profit and entertainment, with titles such as Tomb Raider, Mermaids Millions, Starburst, Aloha! Cluster Pays, Gonzo’s Quest, Dragon Dance, Hellboy, Gemix, Thunderstruck and the latest releases like Microgaming’s banded The Phantom of the Opera slot.

In Norway, much like in other countries, it is easy to make online payments if you use a credit or debit card. Many of the Norwegian-friendly casinos practice allowing major cards such as Visa, MasterCard and Maestro as valid deposit methods.

Popular e-wallet services like PayPal, Neteller and Skrill are also some of the options many Norwegians have embraced as easy to use, efficient and safe due to the fact that they protect one’s personal information.

What is more, e-wallets eliminate the possibility of your payment being tracked by a bank. Prepaid PaySafeCard vouchers are also a common funding method Norwegians choose to use when they play casino games online, as they provide them with anonymity and control over their gambling dynamics.

Norwegians can also be given a choice of FundSend, EcoCard, Entropay, ClickandBuy or WebMoney. The point is to go for the method and casino site that supports transactions in local Norwegian Kroner so that you won’t have to suffer additional conversion expenses.