Manfred Albrecht Freiherr von Richthofen, also known as Red Baron, was a German fighter pilot during World War I. Being a tactician and a fine marksman, qualities which he demonstrated in 80 (officially reported) combat victories, made him one of the most famous fighter pilots ever.

The curious nickname was given based on his nobility title Freiherr, which translates as Baron, and the colour he painted his aircraft.

This smart and courageous pilot has inspired Aristocrat to develop the Red Baron slot machine with a unique mechanism which, combined with mission-based free spins rounds, promises to deliver exciting gameplay and allow you to handsomely benefit from spoils of war.

Activate Reels Instead of Paylines

You may notice something unusual as soon as you launch the Red Baron slot game. Instead of asking you to select the number of pay lines, you’ll be prompted to choose a number of reel positions to activate on non-active reels, thus increasing the ways you can create winning combos.

Only the middle of 3 rows always plays no matter how many reels have been selected. Your total bet will equal the reel cost, ranging from 1 to 25, multiplied by the bet, allowing you to spin for as little as €0.01 and for up to €50 per round.

The Red Baron and his trusted aircraft are two highest-paying game icons; land 5 of either on a pay line and you’ll collect a hefty 1,500x your line bet. Baron’s sweetheart is next in line, followed by a zeppelin, a dog (the Baron’s pet?) and an old-style radio.

Wild Iron Cross appears only on the middle reel to do the job of the substitute, and what is unusual is that it will also take place of the Scattered Target. Wild icon additionally multiplies the prize by x2, x3 or x5 each time it helps create a winning combination while you’re spinning for free.

Choose Your Own Mission

Scattered Targets have to land on reels 2, 3 and 4 in order to launch the feature consisting of 15 free games and a mission. The latter is a matter of choice. One will multiply your free game wins by x10 provided you collect 4 or more planes. Another will boost them by x15 for 8+ planes, and the third will provide x25 multiplier when you score 12 planes or more. The fourth one offers x60 multiplier for 16+ planes, and the fifth will require that you bag at least 20 planes to get a massive x140 win boost.

Proving yourself to be as skilful as Red Baron himself and collecting as many as 25 planes will deliver a multiplier of x40 as a bonus, regardless of which mission you have initially selected.

Aristocrat never fails to include the opportunity to double or quadruple the prize multiple times, and they’ve done so by introducing the Gamble feature which uses the familiar “guess the card colour or suit” mechanism.

The Red Baron was an infamous flying ace of WWI, and being the history buffs we are we can’t help but be drawn into a theme like this. He was one of the most prolific pilots of the great war racking up scores of hits and one but can’t help but hope that this success will cross over to this slot when playing.

Symbols from the great war abound but it the unusual representation of the Red Baron icon that succeeds in creating a mood of mystery cast as he is in a red shadow.

The mystique crosses over to the gameplay which is rather uncommon and needs time to understand fully.

Basically, the unique aspect of the mechanics of this game, the selection of the reels to spin, is something that sets it apart immediately from many of its competitors. This, combined with its look and feel, creates a one-off experience that is hard to resist not trying at least once to see how it all comes together.

Even the bonus feature that is triggered by the target scatters is slightly different. Yes, you get 15 free spins, but you also get a mission to accomplish and revolves around collecting plans where the more you can get the higher the multiplier will be up to a top level of 140x.

Lastly, just to add one more ‘he who dares wins’ aspects to the game is the extra gamble feature to add even more multipliers for the lucky punter.

Sometimes when a developer comes up with a new idea it can feel gimmicky and can easily fall flat. Not so with Red Baron slot where the unusual style of play matches perfectly with its bonus features and multipliers to create something a little bit special that has proven popular with gamers for years now. 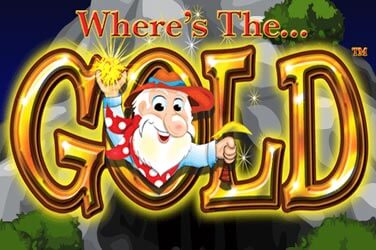