Tragically real-life rhinos seem to be on the way out. Species of the enormous, armour-clad beauties of the African plains are dropping like flies. Clicking on Respin Rhino won’t do anything to save them, sadly, but it will give you a charge on a possible top prize of 21,000 coins in a fairly simple but exciting 5 by 4 traditional gridded slot.

The numbers for African rhino are catastrophic. For this game they’re very nice: a theoretical return to player of 95.26% is pretty good value. The variance of the Respin Rhino slot is rated as medium, and you can stake on 40 pay-lines during the game.

Lightning Box claim “founded by mathematicians” is their USP, saying that they go above and beyond when it comes to gameplay. Their early sums look great, but how does the whole game add up?

The look of the Respin Rhino slot machine relies on painting-style cartoon graphics, which are used to fill the reels with animal symbols straight out of your safari holiday dreams. Before you hit the tiger, chimpanzee, elephant and vulture in the storing stakes you need to get past a set of playing card symbols (9 to Ace).

The tiger is the highest paying standard symbol, with a 100 x stake value for a full-house of five. The rhino is the top of this tree and the first of the special symbols. It rewards players with 105 coins in the standard game.

An African woman in tribal costume is the wild. She will only appear on reels two or four, but when she does you’ll be delighted to see her perform the dance that means she’s expanding to fill the reels.

The rhino is golden and works as a stacking symbol that triggers the Rhino Respin feature. These golden rhinos appear on reels 1 and 5, and if you stack them you’ll win the respin feature, stacking the first and last reels with the rhinos for three respins. Wilds all expand and will restart the respins at three, with a top possible total of nine respins.

And that’s your game from our mathematical masters at Lightning Box. It’s pretty simple, but the long-term play is probably the best way to evaluate whether the sums of this game work for you.

Playing it is easy enough, with all the main controls and information hidden behind a stylised cog icon. They include an Autospin slider that allows up to 100 click-free goes, and a well explained run-through of the rules of the game. The game controls are very standard and easy to understand.

The potential for big payouts is what will keep big game hunters coming back to Rhino Respins. The gameplay is entertaining, and the overall look and feel of the Respin Rhino slot – including a nice themed soundtrack – is pretty good if not spectacular.

This is a nuts-and-bolts sort of game, that doesn’t go overboard on fancy gimmicks but will deliver a good playing experience to online video slots fans of all types.

Valid on 1st deposit only. Min deposit £20. The wager free Spins are paid 10 instantly in your Vault and 10 each for 4 days following the first deposit. Full T&Cs apply. 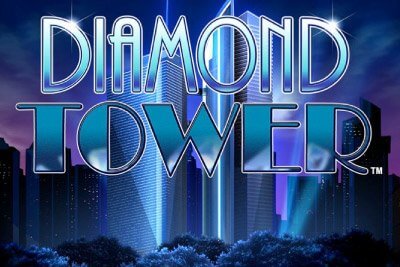