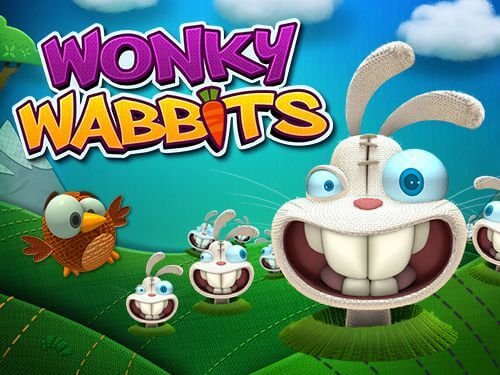 The charming Wonky Wabbits slot, powered by the renowned gaming developer, NetEnt, in 2014, transports you back to the good old times of childhood games that most of us used to play when we were kids.

The Wonky Wabbits slot machine is played across 5 reels and 15 fixed paylines and, even though it’s lacking in some traditional and otherwise often found Special symbols and features like Scatters and Free Spins, the super entertaining title, nevertheless, provides you with multiple chances of scoring really big thanks to the Win Both Ways and Wild duplication features that could bring you an incredible amount of 390,000 coins!

Pick Your Win in the Patchwork Garden

Speaking of graphics, the vibrant release may not be right up everyone’s alley given the fact that it looks slightly childish with its patchwork symbols resembling stuffed toys made out of scraps and animations that could seem like a bit over the top to some players. We personally enjoy the happy go lucky soundtrack playing in the background as if to further accentuate the overall carefree air that pervades the rabbits’ little garden.

The reels are home to theme-related icons such as different kinds of vegetables like:

But also typical card symbols, K, Q, A, J, and 10 that make up the low-value icons on the reels.

Interestingly, the 2014 title doesn’t feature Scatters, however, you will greatly benefit from Wild symbols that have the power to copy themselves, causing the rabbits to go completely bonkers! They can pop up anywhere in view, whereas 2 Stacked Wilds can only land on the second and fourth reel. The maximum number of them amounts to an amazing 14 Wilds.

Wonky Wabbits doesn’t feature any conventional Bonus feature per se, but you should not be in the least concerned about that. The most rewarding element here is the game’s Wild symbol, offering generous payouts as soon as it pops up on the reels.

The reason why is because the appearance of this icon instantly triggers the Wild Duplication feature where a freaky rabbit will move from the Wild digging under the reels and landing exactly in the position where the most lucrative combination can be formed.

For example, if you are fortunate enough to land two Wild icons at the same time, you will create the terrific combo consisting of four of them and so forth, until you reach the highest limit of 14 Wilds.

Last but not least, the NetEnt release boasts Pay Both Ways feature which means that the game offers payouts from left to right and right to left as well. So, practically speaking, the vegetable-themed title brings 30 paylines in such a way. One of the downsides, though, could be the fact that the Free Spins feature is excluded, but the aforementioned features make up for that shortcoming, up to a certain extent.